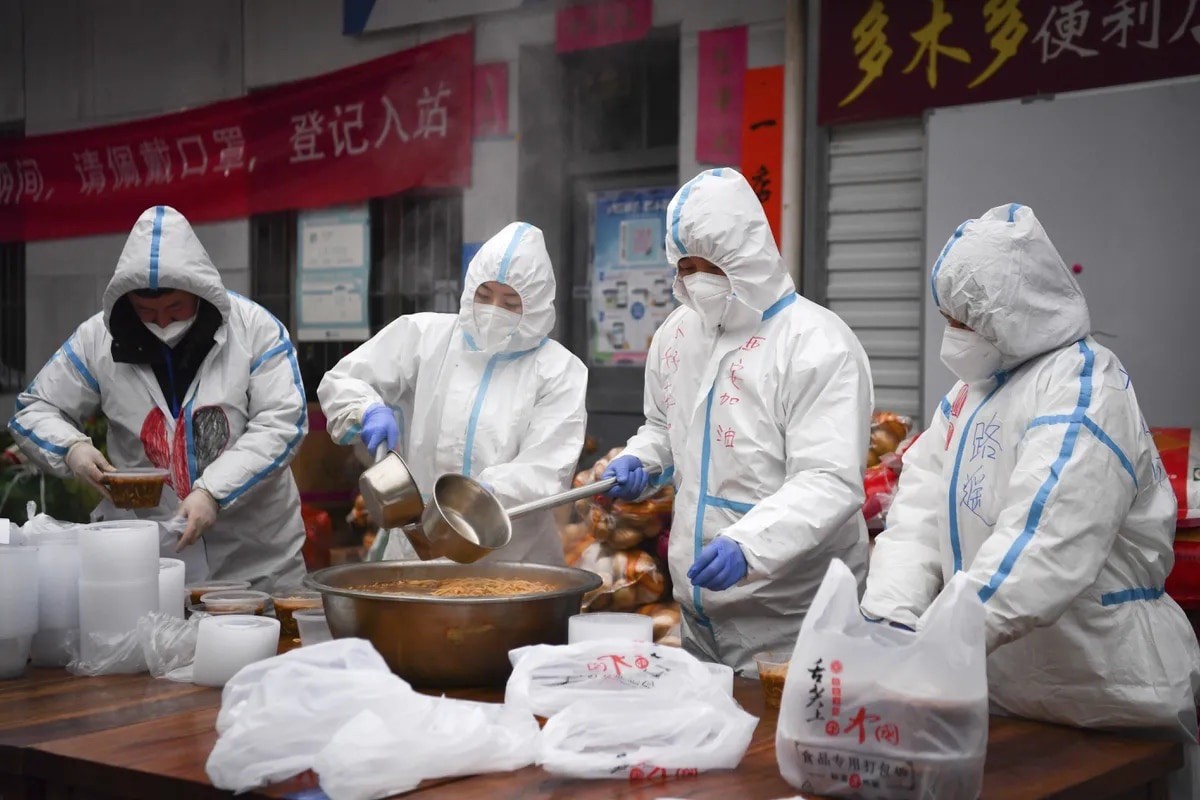 Xian, capital of Shaanxi province, is in lockdown for a third week, while the whole population of Tianjin has been tested after more than 20 Covid cases – including a few of the Omicron variant – have been detected.

Tianjin Municipality, with 15 million people and a major gateway to Beijing, started massive nucleic acid testing on January 9 after the city detected 20 Covid-19 infections in a single day. Tianjin had 31 confirmed Covid-19 cases and 10 asymptomatic ones as of 6 pm on January 10. Two of the cases have been confirmed as the Omicron strain, and more than half of the cases are students. Around 75,000 people are in quarantine. Henan province reported 60 cases on January 9, 24 were found in its capital, Zhengzhou, 15 in Anyang and 21 in Xuchang. Two locally transmitted cases in Anyang were identified as being of the Omicron variant. The cases are part of the transmission chain in the current outbreak in Tianjin. The source of the new cases in Anyang has been identified as a college student who returned from Tianjin to Anyang on December 28.

Epidemiologists said it is the first real battle against Omicron on the Chinese mainland as  domestically-transmitted cases linked to the strain were discovered in local communities for the first time. The sudden outbreak also put adjacent Beijing on alert, creating uncertainty and the high possibility of a spillover. Anyone in Beijing who had visited Jinnan and Nankai districts of Tianjin since December 23, 2021 will be subject to home quarantine and be tested. Entry checkpoints from Tianjin to Beijing have implemented heightened epidemic inspection protocols. Sales of train tickets between the two cities have been suspended. But epidemiologists assured that as long as rapid tracing of the origin of the new viral chain is conducted and effective measures are put in place, the outbreak is expected to be extinguished before China's Spring Festival and the 2022 Winter Olympic Games in February.

Nationwide, there were 97 new local symptomatic cases and two asymptomatic ones announced on January 10. There were also 100 imported cases, of which 60 were symptomatic.

In Tianjin, two locally transmitted cases of the Omicron variant were identified among individuals who volunteered to be tested on January 8. A further 18 cases were found in a follow-up tests of high-risk groups. The Tianjin municipal government said the two cases were part of the same transmission chain, but are not linked with the imported Omicron case detected in December, 2021 in the city. The two Omicron infected individuals had not travelled outside the city recently. Among the 20 infected people, 15 are children aged between 8 and 13. Tianjin authorities ordered residents not to leave the city unless necessary. The health code of residents who didn't receive a nucleic acid test within 24 hours will be changed to orange, which means the person is restricted from entering public places, including subway and buses.

The lockdown in Xian will be lifted only when there are no longer any Covid-19 patients outside quarantine, according to Chen Zhijun, Deputy Director of the Xian Center for Disease Control and Prevention. The city, which has a population of 13 million, was put under lockdown on December 23. Meanwhile, in the past week the number of newly detected cases has been dropping. There are 16 patients in a severe condition.

The central government and governments at all levels in Shaanxi province have invested more than CNY2.82 billion to help fight the most recent outbreak. According to the China Daily, there is no reason for China to give up its zero-tolerance Covid policy, but local governments should make control and prevention measures more targeted and arrangements more detailed to make life easier for those placed under lockdown.

Vice Premier Sun Chunlan urged medical institutions in Xian to adhere to people-first and life-first principles and never refuse to provide medical treatment when necessary. Residents’ access to medical services must not be denied under any pretext, despite the ongoing urgency of containing the further spread of the coronavirus, said Sun. She made the remarks after a pregnant woman was denied access to a hospital because her negative Covid test had expired for four hours. Due to her non-admission, she had a miscarriage. “Serious and critically ill patients must be admitted whether or not they have proof of nucleic acid tests,” she said. Designated hospitals should be built to provide continuous medical services to pregnant women, new-borns and those undergoing dialysis, radiotherapy or chemotherapy, Sun added. A man from a medium-risk area who suffered from angina died after he had been refused entry by several hospitals.

Hong Kong banned incoming passenger flights from eight countries – Australia, the United Kingdom, the United States, India, Canada, France, Pakistan and the Philippines – for two weeks and reinstated stringent social distancing measures to stifle a looming Omicron outbreak. Chief Executive Carrie Lam said now is a critical moment for the city to prevent a substantial outbreak. Transit flights from the eight countries will also be banned. The government canceled large-scale public gatherings and banned indoor dining in restaurants after 6 pm. It will also close swimming pools, sports centers, bars and clubs, museums, fitness centers, beauty salons, theme parks and other venues for at least two weeks. Local group tours and “cruise to nowhere” trips to international waters will be suspended, while visits to patients in hospitals and long- term care homes are banned as well. Lam admitted that the much-anticipated border reopening with mainland China will be affected. Hong Kong’s vaccination rate remains at around 70%.