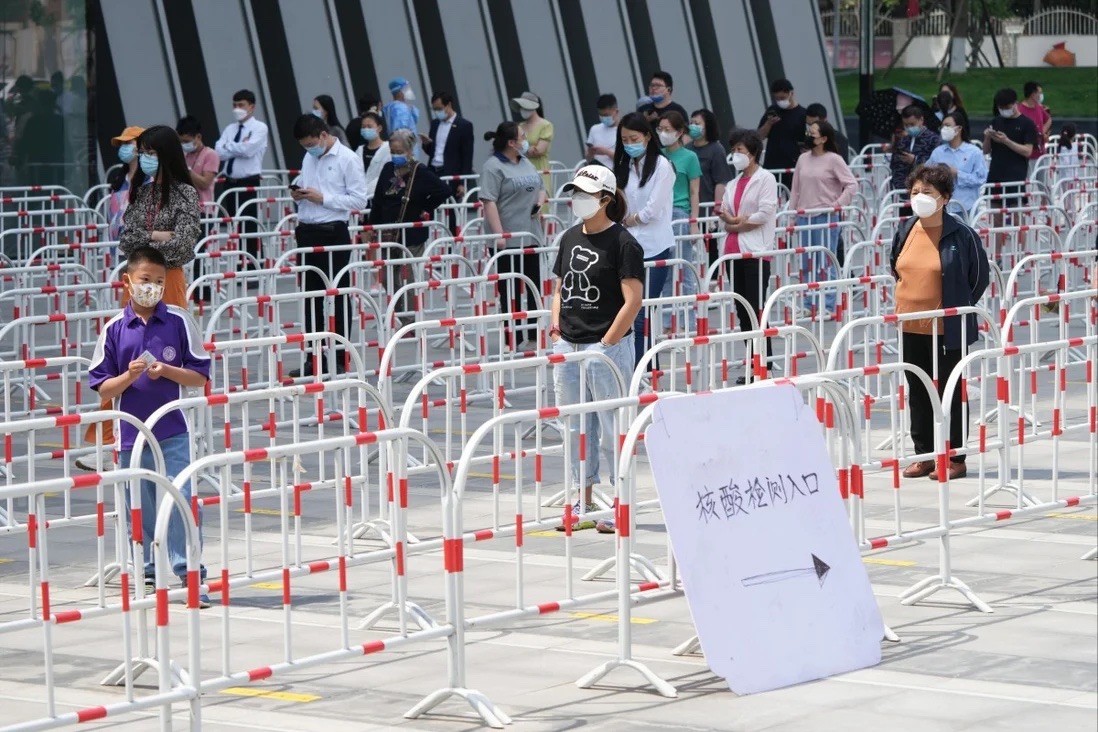 Shanghai gradually started reopening markets, malls and other businesses on May 16. The number of visitors will be limited, with separate entrances and exits at the reopened shopping complexes, department stores, supermarkets and pharmacies. The number of reopened commercial outlets has increased to 10,625 from less than 1,400 during the peak of the pandemic. Restaurants will only receive online orders and offer take-away meals. The number of daily cases has dropped to the lowest level in 52 days. The city is expected to return to normal in June.

Beijing reported three Covid-19 clusters at workplaces last week as the number of infections continued to grow. “Beijing is still facing a severe situation from the ongoing outbreak. The hidden transmission risks still exist at the community level and the transmission chains in the city are not yet completely cut,” Pang Xinghuo, Deputy Director of the Beijing Center for Disease Prevention and Control, said. Among the three clusters, one involving a subway renovation project had resulted in 68 infections by May 15. Another cluster in a data center of the Beijing Rural Commercial Bank in Shunyi district recorded a total of 37 infections. The third cluster involved a bus station with three cases. Up to 9,694 testing spots have been set up in the city for daily mass testing. Beijing has reported 1,113 locally transmitted infections since April 22. It has classified 19 areas as high-risk for Covid-19 and 25 as medium-risk.

Shanghai is expected to achieve zero-Covid beyond areas under closed-loop management by May 20. The city will ease Covid-19 restrictions while implementing a tiered management system for communities based on their risk levels, local authorities said. According to Shanghai’s Vice Mayor Wu Qing, efforts to control the current Covid-19 wave have started to show good results, as over 99% of new infections have been identified through testing in closed-loop management zones. Cars will be allowed back on the roads gradually while supermarkets, convenience stores and other types of businesses such as hairdressing will gradually be allowed to operate.

Fifteen of Shanghai's 16 districts have now basically achieved zero community transmission. Nevertheless, Shanghai's metro network has been suspended completely and will remain closed until further notice, the subway operator Shentong Metro announced. In Shanghai, more than 4,400 industrial enterprises with an annual revenue of more than CNY20 million out of a total of 9,000 have partly resumed their operations. Since mid-April efforts to restore normalcy in business have been consistent and thorough across the city, said Wu Jincheng, Director of the Shanghai Commission of Economy and Informatization.

World Health Organization Director General Tedros Adhanom Ghebreyesus' remarks that China's zero-Covid strategy is “unsustainable” was seen by Chinese experts as “irresponsible”. Chinese health experts said that the zero-Covid strategy is the most suitable strategy for China to curb viral infections. “We don't think that it is sustainable, considering the behavior of the virus now and what we anticipate in the future,” Tedros has said. Zhao Lijian, Spokesperson of China's Ministry of Foreign affairs, said that “we hope relevant people can view China's anti-Covid policies in a rational and objective way, learn more facts and avoid making irresponsible remarks.”

China could see more than 1.5 million deaths from a wave of Omicron infections without Covid-19 controls and the use of antiviral therapies, a new study has forecast. A model by Chinese and U.S. researchers suggested that, given China’s vaccine efficacy and coverage, an unchecked outbreak that began with 20 cases of Omicron in March could “generate a tsunami of Covid-19 cases” between May and July. Such an outbreak could cause 112 million symptomatic cases, or 80 cases per 1,000 people, with 2.7 million of them requiring treatment in intensive care. The researchers estimated that unvaccinated people aged over 60 would account for 74.7% of the deaths, considering 52 million people in this age group were not fully vaccinated as of mid-March. They said in the best-case scenario where all symptomatic cases are treated with the oral antiviral drug Paxlovid, which has been approved for use in China, intensive care admissions and deaths could both be reduced by nearly 89%. To bring the peak occupancy of intensive care units below the national capacity and the death toll to a level comparable to the annual death count of seasonal influenza in China at 88,000, the researchers said the vaccine uptake in the elderly should reach 97%, while more than half of symptomatic infections should be treated with antiviral therapies.

“In the long term, improving ventilation, strengthening critical care capacity, and the development of new highly efficacious vaccines with long-term immune persistence would be key priorities,” the team said. The study was published by researchers from the School of Public Health at Fudan University in Shanghai, Indiana University in the United States, and the U.S. National Institutes of Health.

Shanghai has specified that household disinfection will only be conducted in the homes of CovId-19 positive cases. But if they live in old residential neighborhoods, the homes of their neighbors who share common kitchens and bathrooms will also be disinfected. Reports surfaced that disinfection was sometimes carried out in an indiscriminate way against the will of the residents, damaging property. About 160,000 specialists are conducting disinfection in the public spaces of the city's 13,000 neighborhood communities.