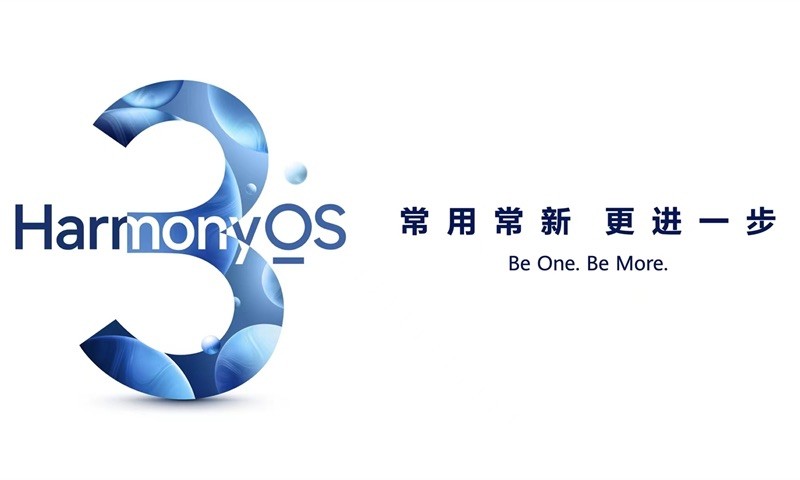 Huawei launched an updated version of its proprietary operating system HarmonyOS 3 as a further step in countering U.S. sanctions, with more than 300 million Huawei devices already running HarmonyOS 2, making Harmony the fastest-developing OS in history. The company also launched a series of new devices with HarmonyOS 3 installed, including a MatePad Pro, WATCH 3 Pro, its first color printer and other devices. The latest OS offers an improved HyperTerminal, smoother performance, and privacy and security. The HarmonyOS 3 HyperTerminal supports 12 kinds of smart devices including printers, smart glasses and car devices, the company said.

“So far, the number of Huawei devices running HarmonyOS 2 has exceeded 300 million, and shipments of HarmonyOS Connect products have exceeded 170 million,” Huawei Senior Executive Richard Yu told the launch event. After several years, HarmonyOS has entered a virtuous cycle of development and has initially gained a firm foothold in the era of the Internet of Things (IoT), as it is faster than Apple's iOS and Google's Android, Industry Analyst Ma Jihua told the Global Times.

The Shenzhen-based telecoms company launched HarmonyOS in August 2019, three months after Google stopped providing its mobile software to the company due to U.S. sanctions. Rather than being a replacement, the company stressed that the OS can also be deployed across multiple devices, including smartphones, computers and other electronic devices.

“The 300 million installs means HarmonyOS has survived, which already exceeded many people's expectations, but one of the biggest problems is, without hardware, especially the mobile phone as the center of all terminals, software is difficult to promote,” an industry analyst who asked not to be named told the Global Times. Huawei's smartphone business, which once generated more than half of its revenue, suffered a huge slump in recent years, and it was forced to sell its smartphone unit Honor in 2020 as U.S. sanctions bite. According to the latest data released by Counterpoint Research, in the second quarter of 2022, Huawei only accounted for 6.9% in the Chinese smartphone market.

The more than 300 million installs are mostly upgrades from old Huawei users, since stocks are limited. In the future, the company might have to rely on equipment from other manufacturers to increase the use of Harmony OS, the person said, noting that encouraging more hardware manufacturers to use Harmony will be a major barrier for Huawei to develop further. Industry Analyst Jiang Junmu said that the pace of Harmony development had slowed down. “From June 2 to September 12 last year, Harmony reached 100 million devices within only 100 days, but it took seven months from 220 million as of December last year to get to 300 million,” the Global Times reports.