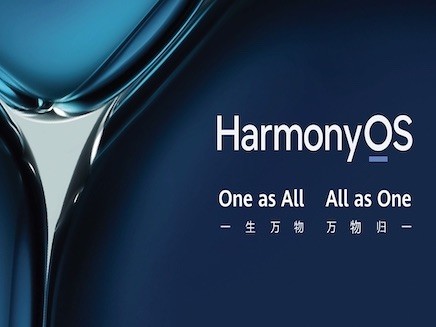 Huawei Technologies has launched its latest operating system HarmonyOS 2 for smartphones, tablets and smart watches. Huawei has unveiled the list of its existing smartphones and plans updating them to the new operating system by the first half of next year. The U.S. government restricted Huawei's access to Google software and services in 2019, prompting it to speed up the development of its own operating system. Huawei said earlier that it expects the number of devices equipped with HarmonyOS to reach 300 million by the end of this year, including more than 200 million Huawei devices.

Yu Chengdong, CEO of Huawei’s Consumer Business Group, said HarmonyOS is by no means a substitute for Android or iOS, but is instead designed to power the Internet of Things (IoT) to quickly connect different devices from different brands and enable them to “cooperate” with each other. Zhao Xiaogang, Associate Professor with the School of Computer Science at Wuhan University, called HarmonyOS a “mega-terminal” that enables more streamlined and efficient cross-device connectivity. “HarmonyOS greatly enhances the interactive speed between devices and improves the efficiency of their computing power, thus providing customers with a more optimized cross-device user experience,” said Zhao.

HarmonyOS was first launched in August 2019, and it has already been used in smart TVs, as well as third-party companies’ home appliances. But experts said that it will take time and efforts for Huawei to build a vibrant ecosystem of software and hardware partners. That is the key for the operating system to survive in the highly competitive digital world, they added.

Wang Chenglu, President of the Software Department at Huawei’s Consumer Business Group, said the short-term goal for HarmonyOS’s ecosystem market share is 16%, “a threshold for an operating system’s ecosystem to develop prosperously. It is a threshold that Huawei must pass”. Yin Dong, a Beijing-based software developer who has been using tools from HarmonyOS to develop mobile applications for five months, said he is very optimistic about the operating system’s future. “It is very convenient to develop applications for cross-device experience based on HarmonyOS, giving it an upper hand over Android which is designed only for smartphones,” Yin said, as reported by the China Daily.

So far, more than 300 application and service partners, 1,000 hardware partners, and 500,000 developers have jointly participated in the construction of the Harmony ecosystem, the Global Times adds.

Major Chinese smartphone makers have been silent on whether they will adopt HarmonyOS 2.0. So far, only Huawei's own phones and some under the Honor brand are included on the official installation list. Smartphone maker Meizu was the only other smartphone brand to confirm that it will use this system, although not in its smartphones. The Meizu Lipro ecosystem – its smart home products line – will join hands with HarmonyOS, Meizu announced on May 28. Analysts said that major domestic smartphone companies are unlikely to quickly shift to the new OS, because it will take time for the market to test the newly unveiled software. In the short term, HarmonyOS can't be as widely accepted by consumers as Google's Android on phones, analysts added. “Mobile phone manufacturers facing both the domestic and global markets, must consider both domestic and international market responses. It will be difficult for mainstream mobile phone brands to use HarmonyOS in the short term,” Fu Liang, a veteran industry analyst, told the Global Times.

The OS' partners include Chinese home appliance makers such as Midea Group and Joyoung, and carmakers such as BAIC. Himalaya, an immersive learning platform that provides audio courses, also announced that it is among the first batch of ecosystem partners of HarmonyOS 2.0. Fu said that Huawei may have to separate HarmonyOS 2.0 from its consumer businesses to establish a very open culture, because focusing on its own interests and crushing opponents – which may help its telecommunications businesses – would not be appropriate for an OS that requires openness.