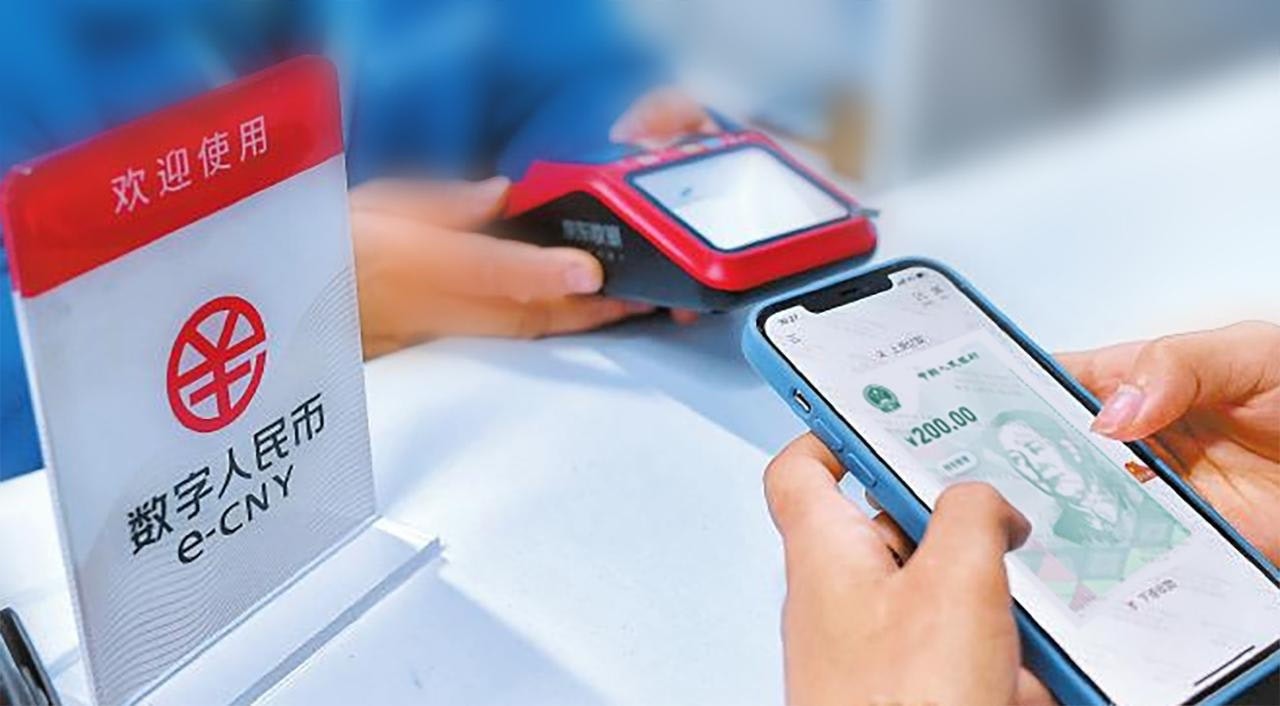 E-CNY use soars after roll out of mobile apps

Electronic payments with China’s digital currency – the e-CNY – have increased significantly after its use was made available in major mobile apps. Meituan said the number of digital yuan-denominated payments jumped 42.7% after the Meituan app was linked to the e-CNY app developed by the People’s Bank of China (PBOC). The transaction value of the digital currency via Meituan also surged 64.4% compared with a week ago, the company said, adding that the number of users adding the digital yuan payment option to the Meituan mobile wallet expanded almost twenty-fold. To link the two services, users need to first submit an identity authentication via the e-CNY app, the digital yuan wallet application developed by the central bank. The pilot version of the app was rolled out on January 4. Tencent-owned WeChat, China’s largest messaging app and one of the leading payment services, also began supporting the digital yuan last week via the WeChat Pay mobile wallet. Once activated, the function allows users to receive remittances and pay for goods and services with digital currency in WeChat. The e-commerce portal JD has made the use of the e-CNY available across its apps, as well in its 7Fresh food supermarkets.

“The official launch of the e-CNY app indicated a deep-dive experiment of the digital yuan,” said Wang Pengbo, an independent digital finance researcher. “User numbers are expected to enjoy a meteoric rise after these pilot trials.” In May, MyBank, the online bank of Alibaba’s Ant Financial, became the first online lender to join a group of major financial institutions that have set up e-wallets using China’s digital yuan app. PBOC Governor Yi Gang said in November that China would continue to advance the development of its central bank digital currency and improve its design and usage, including increasing its interoperability with existing payment tools.

The digital renminbi app was made available in the Apple and Android app stores. Downloading of the digital renminbi app is now possible in 10 Chinese cities including Shenzhen, Chengdu and Shanghai, as well as the venues of the Beijing 2022 Winter Olympics. There are nine designated operating institutions for the app at present, including Bank of China (BOC), Alibaba-supported MyBank and Tencent-backed WeBank. Users can make password-free payments via the digital renminbi app at the e-commerce platform JD, third-party service provider Meituan and online travel agency Trip.com. While trials of the digital renminbi started in April 2020, users had to be approved in advance to get a code and the installation packages for downloading the application, and the process was relatively lengthy and complicated. According to Mu Changchun, head of the PBOC’s Digital Currency Research Institute, more than 140 million personal digital wallets for digital renminbi had been created and another 10 million corporate digital wallets had been opened as of October 22, 2021. More than 150 million transactions have been made via digital wallets, with the total transaction value approaching CNY62 billion, the China Daily reports.

Prior to the rollout of the e-CNY app, the central bank had only carried out trials in selected cities, with banks handing out amounts of the currency on occasions such as local shopping festivals. People also got to experience the digital yuan on an invitation-only basis. Today, mega apps like WeChat – which has over 1 billion users – can provide a huge boost to the digital yuan if people begin to pay with it, analysts said. According to Bao Linghao, an analyst at research firm Trivium China, the Chinese are so accustomed to WeChat Pay and Alipay that “it only makes sense for the central bank to team up with mobile apps which are used daily”. “With the e-CNY app available in major mobile app markets, we are likely to see the pilot scope continue to expand to cover more users and more scenarios,” said Su Xiaorui, Senior Analyst with consultancy Analysys. The upcoming Olympic Winter Games in Beijing will likely boost the use of digital renminbi, the China Daily reports.