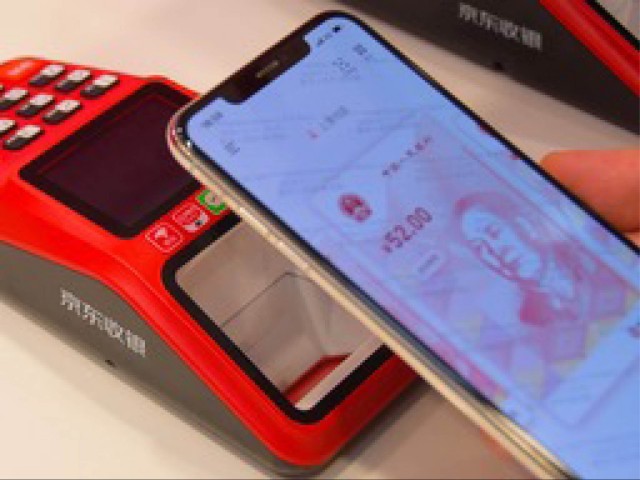 Digital Yuan Used For Wage Payments For The First Time

The application of China's Digital Currency Electronic Payment (DC/EP), also known as digital yuan, is taking another critical step forward in the business-tobusiness (B2B) segment and for wage payments.

JD.com, the country's second-largest online retailer, showed for the first time how it uses digital yuan for its payroll, as well as pilot applications and digital solutions for corporate payments for its supply chain partners, during the fourth Digital China Summit in Fuzhou, Fujian province. In January, JD.com tested the use of digital yuan to pay some of its employees in cities like Shanghai, Shenzhen and Chengdu. Employees can deposit their digital salaries in their personal bank cards, and can use the money where the digital currency is accepted in pilot cities. Peng Fei, head of the DC/EP program at JD Digits, JD.com's fintech arm, told the Global Times that “many of our digital yuan pilot projects are at the consumer level, and now we are starting to pay attention to where the money comes from. Paying salaries is a good way to source digital yuan.” Peng said that the scenarios and applications of the digital yuan for businesses will be even more numerous in the future.

JD.com was the country's first online platform to accept China's digital currency, after the Suzhou municipal government in Jiangsu province handed out 100,000 virtual red packets of CNY20 million in total to local residents via a lottery, in order to encourage spending during the Double Twelve online shopping festival last year. Leading Chinese technology companies such as Huawei and Tencent also exhibited their advances in the digital currency area during the Fuzhou summit, attracting many visitors who were eager to test out the new currency. Chinese fintech giants Ant Group and Tencent announced further cooperation with China's central bank to move forward with the digital yuan, vowing to provide active support to the rollout of the currency. According to Ant Group, which is under strict regulatory scrutiny over some of its business practices, the company will support the research and development of the digital yuan and its technical platform, while Tencent said that it has provided full support to the digital yuan pilot project, and will carry out controlled trials under the instructions of the People's Bank of China (PBOC). “Currently, there's no plan to launch the digital yuan nationwide. But the scale of the trial runs will be increased,” said PBOC Deputy Governor Li Bo, at the Boao Forum for Asia held in Hainan province on April 18.

In Shanghai the digital yuan is now on trial at selected spots, including groceries, vending machines, fresh food markets, department stores and shopping malls. To make an e-yuan payment, people need an account with any of six state-run banks and request an e-yuan wallet smartphone app. Users can simply swipe up to pay or swipe down to receive payments. If the two parties both have e-yuan accounts, a payment can be made via the app, and the only information you need to fill in is the recipient’s mobile number or e-yuan wallet number. At merchants supporting e-yuan payment, consumers can also use the “tap-to-pay” service. This allows users to make digital yuan payments without the Internet, with the help of NFC technology, the Shanghai Daily reports.

The renminbi yuan strengthened its position as a global settlement currency last year, with a growing number of overseas financial institutions willing to increase their Chinese currency denominated assets, according to a new survey by the Bank of China (BOC), based on responses from 3,286 enterprises, 76% of them domestic companies. The remaining 24% were overseas businesses from 32 countries and regions. Cross-border renminbi settlements exceeded CNY28 trillion last year, up by 44% from a year earlier. About 79% of domestic and overseas enterprises who participated in the survey said they would consider using the yuan for cross-border transactions or were willing to increase the proportion of the Chinese currency used in such transactions. About 31% of domestic respondents said last year their overseas trading partners fully accepted using renminbi as a settlement currency, up 4 percentage points from 2019. The survey also found that the level of the renminbi used in China’s outbound direct investments (ODI) rose significantly, as 51% of domestic businesses said the use of the renminbi in ODI accounted for no less than 20% of the total last year, whereas only 38% of domestic business enterprises said so in 2019, the China Daily reports.