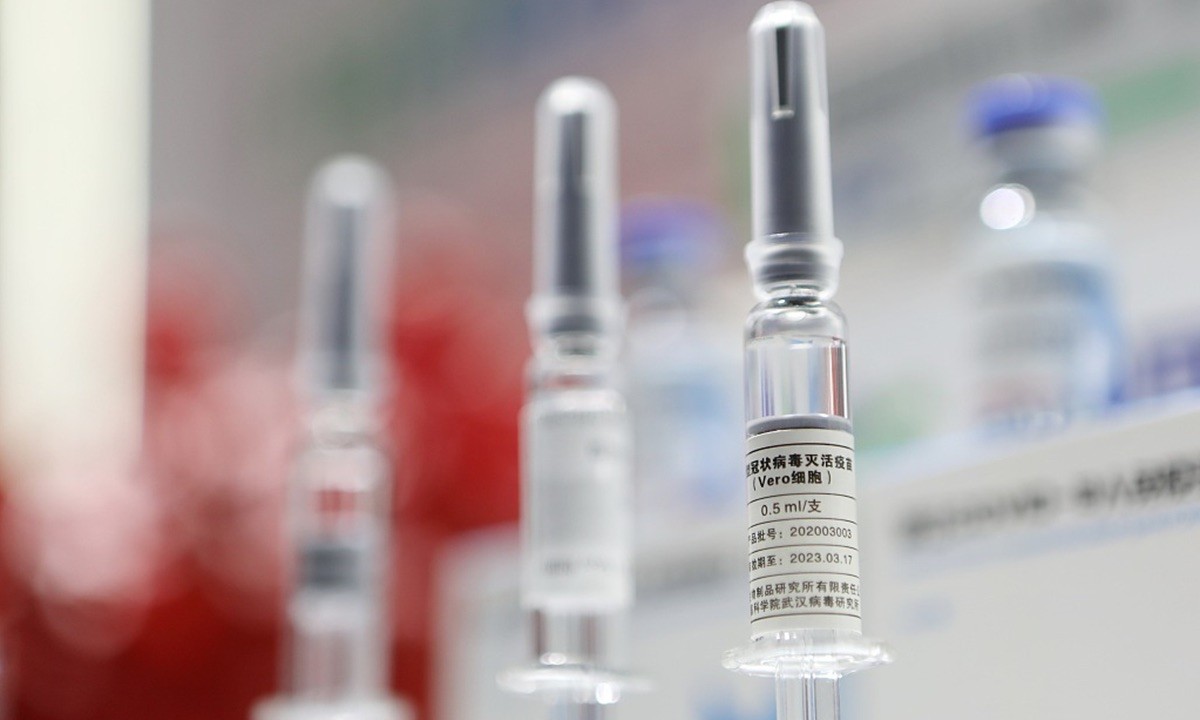 The Covid-19 infection peak has passed in most major cities. In Shanghai, preventing serious cases remains a challenge as many senior citizens have underlying illnesses. New infections peaked in late December in Shanghai and then showed a significant downward trend. The number of fever clinic visits, ambulance departures and emergency room visits are all declining. Positive cases nationwide have dropped 44.3% since peaking on January 5, National Health Commission (NHC) official Guo Yanhong said. But British science data firm Airfinity predicted that cases could peak at 4.8 million a day, with 62 million infections from January 13 to 27, followed by a decline. In his first public comments on the wave of Covid-19 infections, Chinese President Xi Jinping said in a Lunar New Year message he was most worried about Covid's spread in China’s vast countryside, where medical services and resources are insufficient.

The Chinese Center for Disease Control and Prevention said the death toll related to Covid-19 in hospitals reached 12,658 in the seven days between January 13 and 19. The country had previously reported nearly 60,000 deaths between December 8 and January 12 after the abrupt ending of the zero-Covid policy. Separately, Wu Zunyou, the CDC’s Chief Epidemiologist, played down concerns about a second wave in the next few months, but he warned infections would rise during the Spring Festival. “The massive social mobility during Chinese New Year could accelerate the spread of the pandemic to a certain extent, and the number of infected people will increase in some areas,” Wu wrote. But because the latest wave had infected about 80% of the people in the country there was little possibility of a large-scale epidemic rebound or a second wave of cases in the next two to three months, Wu said.

Chinese officials and experts said that the China CDC is monitoring excess mortality to better evaluate the number of deaths from the pandemic, but said it takes some time to release the relevant data. Calculating the number of excess deaths can correct possible underestimation, Wu Zunyou said. No new Covid variants or mutations have been found in China, and the epidemic will not have a significant impact on other countries, Wang Wenbin, Chinese Foreign Ministry Spokesperson said. Hans Kluge, Europe Director at the World Health Organization (WHO) added that “the ongoing surge in China is not anticipated to significantly impact the Covid-19 epidemiological situation in the WHO European Region at this time”.

UBS economists forecast consumption to grow 6.6% year-on-year in 2023 after estimating a contraction of 0.6% in 2022. Excess savings from the pandemic period will be released and the resumption of services by small- and medium-sized enterprises would help support employment and household incomes, UBS said in a note earlier this month. However, the rebound is unlikely to be “super strong”, because there has not been a significant government consumption stimulus or income subsidies, while employment, incomes and consumer confidence are still recovering from mobility restrictions. The potential for new waves of coronavirus infections adds to economic uncertainty. While some economists have called for large-scale income subsidies or consumption coupons, others have argued such stimulus is not feasible given constraints on China’s fiscal capacity and difficulties in accurately targeting low-income groups.

Since China downgraded its Covid-19 management on January 8, the daily average of people passing through border entrance and exit points has reached 501,000, up by over 48% compared to the period before the announcement and about a quarter of pre-epidemic level. Opening more than 3,200 windows for immigration document application and 53 ports nationwide, authorities have handled an average of 341,000 entry and exit documents per day, up 130%, reaching more than half of the pre-epidemic level. According to the latest data, 65 million residents from the Chinese mainland entered and exited the country in 2022, about 10 million less than in 2021.

Beijing Daxing International Airport, the city's second airport, resumed outbound overseas flights after a nearly three-year suspension due to the pandemic. All international flights were transferred to Beijing Capital International Airport in March 2020. On January 8, the Civil Aviation Administration of China (CAAC) said that flights would now be arriving in Beijing directly, instead of being diverted to other Chinese cities where passengers were required to stay in quarantine for a number of days.

China National Biotec Group (CNBG), a subsidiary of China National Pharmaceutical Group Co (Sinopharm) announced it has received regulatory approval for clinical trials of China’s first mRNA Covid-19 vaccine targeting the Omicron strains. Zhang Yuntao, Vice President and Chief Scientist of the group, said in a statement: “From the early stage of research and development, CNBG has been working toward developing a world-class Omicron-specific mRNA vaccine in all aspects. Also, we have been making efforts to speed up the process for clinical trials”. CNBG subsidiary Virogin, based in Shanghai, has production lines with an annual capacity of 2 billion doses of mRNA vaccine. According to the Ministry of Industry and Information Technology (MIIT), China’s annual Covid-19 vaccine production capacity has reached 7 billion doses, and the annual output exceeded 5.5 billion doses in 2022. At least six domestic mRNA vaccines, including from CanSino Biologics and CSPC Pharmaceutical, have been approved for testing. Clinical trials of the AWcorna mRNA vaccine are under way in Mexico and Indonesia.