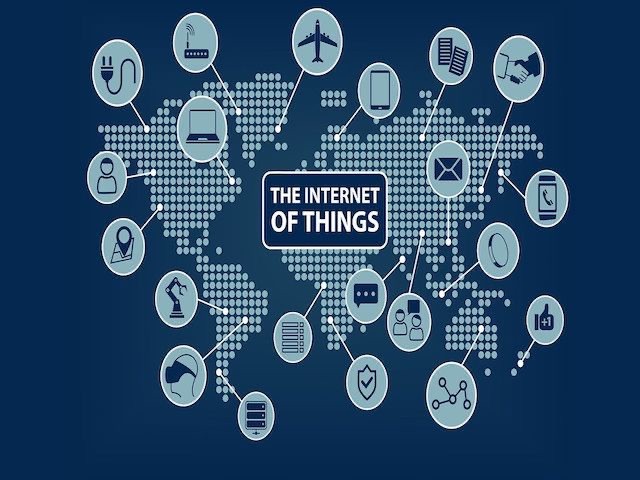 Chinese smartphone vendors' next focus: the Internet of Things

With advances in 5G and artificial intelligence, Chinese smartphone vendors are increasingly focussing on the next battlefield, the Internet of Things (IoT), where everything from refrigerators to automobiles and lamps can be connected to the internet. Consumer IoT not only adds convenience to consumers’ homes and daily tasks, it helps them stay connected on the move, offering companies an opportunity to better tap a multibillion dollar market. The global consumer IoT market is forecast to grow from USD97.5 billion last year to an estimated USD168.34 billion by 2025, registering a compound annual growth rate of 17.48% during this period, according to market research company Market Data Forecast. Chinese companies are moving quickly to establish a beachhead in the sector by using their smartphone user bases and experience in integrating hardware and software.

For example, Xiaomi Corp, which outperformed Apple to become the second-largest smartphone vendor by shipments in the second quarter of this year, is stepping up development of its AIoT ecosystem. The company, which is based in Beijing, said last month it had officially registered its electric vehicle (EV) business with a registered capital of CNY10 billion. This move is part of Xiaomi’s broader plan to spend up to USD10 billion over the next decade on the EV business. Varun Mishra, Analyst at market research company Counterpoint Research, said that at first glance, the automobile sector may seem an unlikely business for Xiaomi to enter. However, this is not the case thanks to two broad trends in this sector – electrification and digitization. Cars of the future will be more connected, generate a wealth of data for analysis, and have greater processing power and more engagement with the user, similar to smartphones and other connected devices. This is what Xiaomi will focus on, Mishra said. Over the years, Xiaomi has built an ecosystem with smart devices, smart homes and smart white goods. It is also looking to provide this digital ecosystem experience through cars, Mishra added. He said Xiaomi aims to have control of the software – and thus streams of user data – on which it can build revenue models. “Thanks to its smartphone and IoT business, Xiaomi has strong know-how of integrating software with hardware, building revenue models on top of this. It has a strong brand name with a large user base, which also gives it an advantage,” Mishra said. Xiaomi said more than 374 million IoT devices, excluding the company’s smartphones and personal computers, have been connected to its AIoT platform by the end of June. More important, over 7.4 million users have five or more IoT devices connected to Xiaomi’s platform, and its smart home app now has 56.5 million monthly active users. In the second quarter of this year, Xiaomi also overtook Apple to become the top-shipping wearable band vendor.

Xiaomi’s domestic rivals Huawei Technologies, Oppo, Vivo and Realme are also moving in the same direction. Chen Mingyong, CEO of Oppo, said the company has been working hard to enrich its IoT product portfolio with smart televisions, smartwatches, earbuds and other products. “Oppo will continue forging ahead and strive to become the explorer and leader in the era of integration of all things. We will win the battle of transforming from a pure mobile phone company into an ecological technology company,” Chen said. Oppo's IoT ecosystem covers the key categories of smart devices and four specific scenarios – personal, family, travel and office.

Vivo announced its IoT strategy in 2018 with the launch of its first connected platform, Jovi IoT, aiming to take on the smart home market by enabling users to control their devices with its voice assistant. Realme, a fast-growing Chinese smartphone vendor, unveiled its first laptop in August after it had sold more than 100 million smartphones worldwide. The launch was part of the company’s latest push to build a robust IoT ecosystem. Xu Qi, Vice President of Realme, said: “The company has accumulated a sizable fan base in the past three years, which has provided us with a turning point from making a quantitative change to a qualitative change. We are now accelerating work on building an artificial intelligence-enabled IoT ecosystem, with notebooks being an important part of that.” Xiang Ligang, Director General of the Information Consumption Alliance, a telecom industry association, said consumer IoT is the next battlefield for smartphone giants.

Huawei Technologies is also stepping up development of its IoT business, which includes smartwatches, PCs, TVs, earbuds and other consumer electronic devices. The company’s self-developed operating system, HarmonyOS, is designed for the IoT era, and can deliver a smooth experience across different devices. In the middle of last month, Huawei announced that more than 100 million users had upgraded their smartphones’ operating system to HarmonyOS 2. Huawei said more than 300 partners, including home appliance maker Midea, artificial intelligence company iFlytek and cookware company Supor, have embraced HarmonyOS. Xiang Jiangxu, Vice President and CTO of Midea IoT, said earlier, “HarmonyOS will cover almost all categories of our products – some 200 varieties – within this year.” HarmonyOS will help build an efficient link between Midea’s products and the smart IoT system, Xiang said, adding that more home appliances equipped with HarmonyOS will soon be available, the China Daily reports.