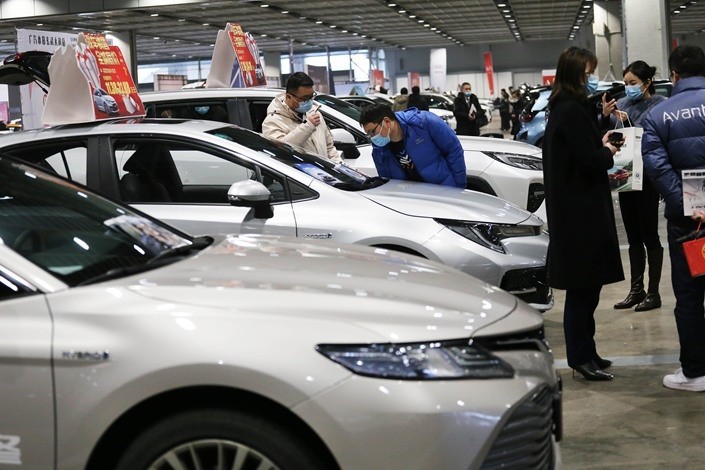 China's vehicle production and sales dropped around 47% in April

China’s vehicle production and sales plummeted in April, primarily due to Covid-19 outbreak-related disruptions to supply chains and showroom traffic, but the China Association of Automobile Manufacturers (CAAM) is optimistic about its 5% growth estimate for the year. Carmakers in the country produced 1.21 million vehicles last month, down 46.1% year-on-year and 46.2% from March. Sales stood at 1.18 million units last month, marking a 47.6% slump year-on-year and a 47.1% fall from March. Chen Shihua, Deputy Secretary General of the Association, said it was the worst April in terms of both production and sales “in almost a decade” as the country’s auto industry and its supply chains “saw the severest challenge in history” last month.

He said plant stoppages crippled output and disrupted logistics affected dealership stocks, and Covid-19 also forced some dealerships to close, thus dampening potential buyer enthusiasm as well. China’s largest carmaker SAIC Motor Corp’s production was slashed by 62.02% year-on-year in April and its sales fell 60.03%, as most of its plants were in hard-hit Shanghai. Shen Yanan, President of Nasdaq-listed Li Auto, said its plant and around 80% of its suppliers are in the pandemic-affected Yangtze River Delta region. “As they could not ensure supplies, we could not produce more vehicles when we ran out of our stock in April,” Shen said.

Chen Yudong, President of German supplier Bosch’s China operations, said production at its plants in Shanghai as well as Jiangsu province’s Wuxi and Kunshan now fluctuates between 30% and 75% of pre-Covid level capacity. Bosch produces a wide range of products ranging from chips to powertrain components. Its clients include almost all carmakers in the country, ranging from Great Wall Motors to Geely. “The automotive supply chain is a really long one,” Chen said. He explained that Bosch and most of its big direct suppliers are on the list of companies that have been allowed to resume operations, but some sub-suppliers are temporarily shut down. “We are trying our best, but we probably cannot produce enough components for all of our customers in May,” Chen added.

CAAM said the auto industry is showing signs of recovery and carmakers are planning to scale up their production to make up for the losses in April and to launch new models to woo back car buyers. “We are confident that the auto sector will reach the year’s growth goal and thus contribute to China’s macro-economic growth,” said Chen at the CAAM. The Association estimated earlier this year that sales would grow to 27.5 million vehicles this year, up 5% from 2021. Great Wall Motors said it expects to see “noticeable improvements in May” as it is tackling difficulties in supplies and logistics. China’s new energy vehicle segment continued its momentum despite the downturn in the overall market. A total of 312,000 NEVs were produced and 299,000 were sold last month, up 43.9% and 44.6% year-on-year, respectively, although they were down 33% and 38.3% from March.

Chinese NEV maker BYD sold 105,475 units in April, up 136.5% year-on-year, but it has halted production at one of its plants in Changsha, Hunan province, because of suspected environmental pollution. The government is rolling out favorable policies to stimulate the auto market as well. It has asked local authorities to facilitate purchases of vehicles, especially new energy ones, and the building of charging facilities in the country, the China Daily reports.