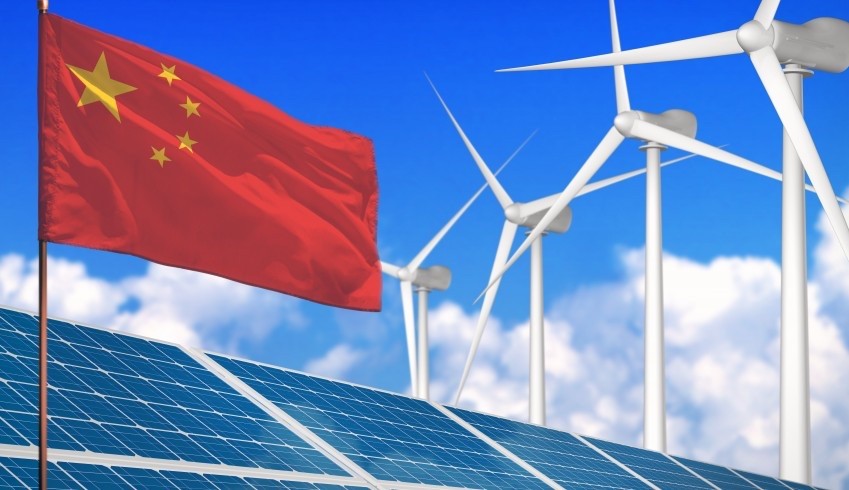 China's cumulative installed capacity for renewable energy reached 1 billion kilowatt (KW) at the end of October, double that at the end of 2015, according to the latest data from the National Energy Administration (NEA), highlighting the country's efforts to reach its carbon emissions reduction goals. Renewable energy now accounts for 43.5% of the total installed capacity for power generation in China, up 10.2 percentage points from the end of 2015. Among renewable sources, the installed capacity of hydropower, wind power, solar power and biomass power plants reached 385 million KW, 299 million KW, 282 million KW and 35.34 million KW, respectively, ranking first in the world. The installed generation capacity of wind and photovoltaic (PV) power in China is expanding at a very rapid speed, Lin Boqiang, Director of the China Center for Energy Economics Research at Xiamen University, told the Global Times. In the first nine months, wind power projects with more than 14 million KW of capacity were put into operation, and the nation's solar power capacity hit 22 million KW.

Last week, the sixth unit of the Baihetan Hydropower Station in Southwest China, the world's second-largest hydroelectric facility, started to generate electricity, according China Three Gorges Corp. This facility is the 100th hydraulic turbine generator unit built by the group across the main stream of the Yangtze river. “It means that all the 100 hydraulic turbine generator units can be put into full operation to safeguard the winter energy supply, and it also means that the main stream of the Yangtze river has become the world's largest clean energy corridor,” said Lei Mingshan, Chairman of China Three Gorges Corp. As of November 19, the installed power generation capacity of China Three Gorges Corp had reached 102 million KW, 96% from clean energy sources. “Nevertheless, to meet China's goal to reach carbon neutrality before 2060, there is still a long way to go in various sectors, especially wind and PV, as these two are the areas with the biggest potential,” Lin added. According to Lin, wind and PV power generation combined account for less than 10% of China's total power consumption, but the proportion will reach 60% to 65% by 2060. Analysts said that the power grid's carrying capacity and power transmission remain the two biggest challenges for wind and solar power projects in China, especially after damage to local grids from extreme weather.

A major Chinese-French wind power project has been completed ahead of schedule and was fully connected to the power grid in Dongtai, Jiangsu province on November 20. The joint venture plant, built and operated by China Energy Investment Corp (CHN Energy) and French multinational utility company EDF Group, has a total installed capacity of 500,000 KW. Annual power generation is expected to reach 1.39 billion kilowatt hours, which can meet the annual power demand of 2 million residents, equivalent to cutting the emissions generated by using 441,900 tons of standard coal, 937,500 tons of carbon dioxide and 1,704 tons of sulfur dioxide. According to CHN Energy, total investment in the joint project is about CNY8 billion with foreign direct investment (FDI) exceeding USD160 million, the largest investment by EDF in China's non-nuclear power generation market. The project has two phases. The first phase, with a capacity of 300,000 KW, was connected to the grid at the end of 2019. The second phase, with a capacity of 200,000 KW, was constructed in June this year. Located 37 kilometers offshore, the project was one of the most challenging wind power projects in China in terms of construction.