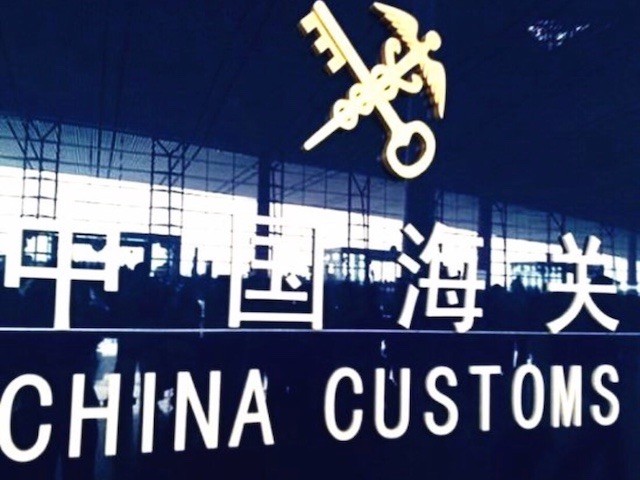 China's GDP increased 12.7% in the first half of the year to CNY53.2 trillion, according to the National Bureau of Statistics (NBS). On a two-year average basis, China's GDP grew 5.3%. The economy surged by 7.9% in the second quarter, slowing from 18.3% in the first three months. In terms of a two-year average, however, the second quarter growth reached 5.5%, outpacing the first quarter's 5% growth. “The growth shows that China's economy has primarily walked out of the impact of coronavirus and has already returned to pre-Covid-19 levels,” Dong Dengxin, Director of the Finance and Securities Institute of Wuhan University, told the Global Times. Experts expect that China could contribute about 1.4 percentage points to the world's GDP growth this year. China has set a growth target for 2021 at over 6%. The country's GDP grew by 2.3% in 2020.

Total retail sales of consumer goods increased by 23% in the first half of 2021 to CNY21.2 trillion. This brought the two-year average growth of China's H1 retail sales to 4.4%. Fixed-asset investment grew by 12.6% in the first half, sending the two-year average growth to 4.4%. By comparison, industrial output rose by 15.9% on a yearly basis over the first six months this year. China's high-tech manufacturing added value rose by 22.6% in the first half of the year, with production of new energy vehicles (NEVs) and industrial robots surging by 205% and 69.8%, respectively. The output integrated circuit manufacturing increased 48.1%.

China's foreign trade increased by 27.1% year-on-year in the first half of 2021 following 13 consecutive months of growth. It reached CNY18.07 trillion, with imports increasing 25.9% year-on-year and exports growing 28.1%, according to the General Administration of Customs (GAC). In June, exports expanded by 32.2%, accelerating from a 28% growth in May, though growth in imports slowed to 36.7% from May's record 51%. Trade with the U.S. rose 34.6%, with ASEAN 27.8% and the EU 26.7% in the first half. Despite trade tensions, China's exports to the U.S. rose 31.7%, while imports from the U.S. jumped 43.9%. U.S. agricultural imports surged 120.8%, calculated in yuan terms. China's exports to the U.S. surged 42.6% in dollar terms with Americans’ appetite for laptops, smartphones, home appliances and clothes remaining robust, while imports from the U.S. jumped 55.5% in dollar terms. China's trade surplus with the U.S. increased to USD32.58 billion in June, up from the May figure of USD31.78 billion.

“Such a result is hard to achieve, considering all the pressures we faced – rising costs, the pandemic, and shifting global trade and economic recoveries,” Bai Ming, Deputy Director of the International Market Research Institute at the Chinese Academy of International Trade and Economic Cooperation, told the Global Times. In the past several months, skyrocketing prices of major raw materials, including iron ore and metals, exerted huge pressure on Chinese factories, prompting swift action to stabilize prices. In the first half of the year, China's iron ore imports increased 2.6%, while corn imports jumped 31.85%. Crude oil imports dropped by 3%.

China's trade with India, which was engulfed in one of the worst outbreaks of Covid-19, surged 62.7% in the first half in dollar terms, the fastest growth in China's trade with other countries during the period. However, Bai also warned that “the real challenge” is in the second half of the year, while Li also warned that trade might slow down, as “the Covid-19 epidemic is still spreading in many places around the globe, the trend of the epidemic is complex and trade still faces many uncertain and unstable factors.”

Apart from the Covid-19 pandemic, other uncertainties include continuously rising commodity prices, the appreciation of the Chinese yuan, and risks resulting from the U.S.' push to contain China's rise, according to Sang Baichuan, Director of the Institute of International Business at the University of International Business and Economics. “It's hard to say how much trade will slow in the second half of the year,” Sang told the Global Times.

The Ministry of Commerce (MOFCOM) reported that China’s actual use of foreign capital surged to CNY607.84 billion in the first six months of the year, an increase of 28.7% year-on-year and a 27.1% rise over the same period in 2019. In dollar terms, the FDI inflow during the January-June period jumped by 33.9% from a year ago to USD90.96 billion. In high-tech industries, FDI increased by 39.4% year-on-year. Inflows of foreign capital from European Union nations increased 10.3%.

About 40% of China’s export-oriented businesses recently surveyed by MOFCOM reported year-on-year growth in new export orders, highlighting improvements in global demand and domestic players’ growing strength, said Ren Hongbin, Assistant Minister of Commerce. He added that China will further shorten the negative list covering foreign investment, promote more pilot zones for opening-up in the services sector and steadily boost the development of the Hainan Free Trade Port to stabilize foreign trade and foreign investment. The trade volume of China’s private companies rose by 35.1% year-on-year to CNY8.64 trillion in the first half of 2021, accounting for 47.8% of the nation’s total exports and imports. The foreign trade value of foreign-invested companies jumped by 19% to CNY6.61 trillion during the six-month period, the China Daily adds.

Still, slower growth could have a serious impact on certain sectors and businesses, as well as overall GDP growth, analysts noted. China is expected to report a much slower growth in the second half of the year. GDP growth could drop to 5% in the second half of the year, according to several market forecasts. In its latest forecast released on June 29, the World Bank predicted that China's economic growth could reach 8.5% for 2021, which would still be higher than the 6.1% growth in 2019.

Net profits of China's centrally administered state-owned enterprises (SOEs) exceeded CNY1 trillion in the first half of this year for the first time, reaching nearly 73% of the level for all of 2020. The SOEs' net profits totaled CNY1.02 trillion, an increase of 20.6% on average over the past two years, the State-owned Assets Supervision and Administration Commission (SASAC) announced. The 96 central SOEs' revenue stood at CNY17.1 trillion, up 8.7% on average over the past two years. Despite the adverse impact of Covid-19, net profits of the central SOEs expanded 2.1% year-on-year in 2020 to CNY1.4 trillion, with around 80% of central SOEs reporting rising profits. In 2019, the figure was CNY1.3 trillion, up 10.8% on a yearly basis.