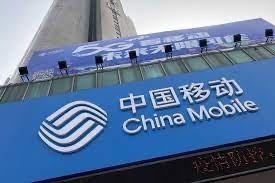 China Mobile completed its listing on the Shanghai Stock Exchange in the largest initial public offering (IPO) on the A-share market in the past 10 years. China’s big three telecom carriers, including China Telecom and China Unicom, have now all moved back to the Shanghai Stock Exchange from U.S. markets. The stock opened at CNY63, 9.4% higher than the offer price of CNY57.58, before consolidating gains and closing 0.5% higher at CNY57.88. According to its prospectus, China Mobile could raise nearly CNY56 billion from the listing after the company exercises an over-allotment option. Yang Jie, Chairman of China Mobile, said the company now has grown into a world-class telecommunications operator with the largest telecom network and the largest number of customers. China Mobile’s operating income has continued to grow, and its annual net profit has exceeded CNY100 billion for many years.

Getting listed in Shanghai marks a new milestone for China Mobile and the move means that the company has successfully built a platform to attract both domestic and foreign capital. In Hong Kong, where China Mobile’s shares also trade, the company said it plans to exercise its buy-back mandate to repurchase up to 2.05 billion shares after February 7. The A-share listings of China Mobile and China Telecom came after they were delisted from the U.S. last year due to local investment restrictions. Experts said A-share listings will help the telecom carriers broaden their fundraising channels, which should help them to transform their businesses well in time to exploit the commercialization of 5G services, a process that has been accelerating in China of late.

Xiang Ligang, Director General of the Information Consumption Alliance, said domestic investors are familiar with the three companies’ businesses, which could help generate more funding for the telecom operators’ 5G plans. China Mobile said that the money raised from the new listing will be used to accelerate construction of 5G networks, cloud computing infrastructure and the research and development of new generation information technology. Independent Analyst Fu Liang said the A-share listing of China Mobile will increase pressure on China Telecom and China Unicom, the China Daily reports.

Initial public offerings on Chinese mainland bourses are likely to set a record this year, according to the latest forecast by PwC. The Hong Kong stock exchange is expected to draw more technology enterprises and those previously listed in the United States. PwC also projected that the A-share market will likely see between 580 and 690 IPOs this year, which could raise CNY560 billion to CNY635 billion. The science and technology sector will continue to lead, with Shenzhen’s ChiNext and Shanghai's STAR Market set to attract the most newly listed companies: 220 to 250, and 180 to 200, respectively. A comprehensive registration-based IPO system is expected to be rolled out this year, while more investment channels will be opened for international investors. Last year’s IPOs in China set records in both volume and value. The number of IPOs rose 25% year-on-year to 493, while total funds raised increased by 17% to nearly CNY548 billion.

The Shanghai Stock Exchange was one of the world’s top three IPO markets in 2021, with total fundraising of CNY375 billion in 249 listings, trailing only behind Nasdaq in the U.S. In 2021, 73% of A-share IPOs were made through the registration system, accounting for nearly two-thirds of funds raised. The Beijing Stock Exchange, which debuted on November 15, saw 11 new listings with fundraising of CNY2 billion.